Full List of VPNs That Really Work with Netflix Many premium virtual private networks (VPNs) claim to work flawlessly with Netflix, but that isn’t always the case in reality. The streaming service attempted a crackdown midway through 2021, to the extent in which they accidentally restricted content access for those who weren’t using a VPN.

We’ve taken a look at eight top VPN providers to bring you definitive answers about their unblocking ability, including average connection speeds and other important performance metrics.

VPNs allow access to different regional versions of popular streaming services such as Netflix by spoofing a user’s location. International versions have additional content on offer, with the United States and the United Kingdom being two prime examples.

Naturally, streaming services aren’t especially pleased with the situation, and work to block VPN IP addresses that are used to bypass restrictions. (They may also have a legal obligation to do so due to international copyrights and broadcasting rights.)

Streaming companies and VPNs are currently stuck in a stalemate, as services like Netflix try their best to keep an army of online streamers at bay – often unsuccessfully.

However, streaming platforms have managed to block a majority of free VPNs, and proxies are unlikely to work well for extended periods. A number of premium VPN providers have also given up on accessing Netflix due to the effort it takes to do so.

To see who’s claims hold water, we put eight VPNs who tout their ability to unblock international content through a series of streaming tests. This guide outlines the results of those Netflix VPN tests.

For reference, our speeds before starting tests averaged 286 Mbps without a VPN. We’ll use this as a baseline when comparing the average speeds while connected to Netflix with a VPN.

Before we get started, there are a few important things to note:

I had no issues unblocking various versions of Netflix on desktop while using NordVPN. In fact, I didn’t even have to select a specific server or setting, as it worked flawlessly when choosing a country from the list located on the left of the app. All I had to do was close and open Netflix again in my web browser.

Of course, I tried out the Netflix libraries in the US and the UK, and the results were exactly the same.

This was likely thanks to SmartPlay. SmartPlay is a NordVPN feature that helps you securely access all kinds of content. It’s implemented seamlessly, so there’s nothing to set up, update, or activate.

At the current time of writing, they can reliably unblock Netflix in most countries, and they offer a 30-day money-back guarantee to ensure customer satisfaction before fully committing to a subscription.

CyberGhost is another VPN that claims to be able to handle various versions of Netflix with no issues. It’s not the most extensive list, but they cover a majority of the larger regions worldwide.

After facing issues with Netflix in the past, CyberGhost has clearly focused on being able to unblock key locations consistently. In practice, it’s especially easy to get started with, as you just have to click the “For streaming” button on the sidebar to bring up a range of servers optimized specifically for accessing content.

This means that almost anyone can use it to click and connect easily, with no technical knowledge required. It also aced the speed tests, coming in at a healthy 262 Mbps while connected to the Netflix UK server. It also has the added bonus of being able to access other platforms like Amazon Prime.

Next up is IPVanish. It’s another provider with capable speeds and promises to be able to unblock Netflix. The speed test was highly promising, as one of the quickest VPNs overall.

*Remember, you need a connection speed of at least 5 Mbps for HD content, and 25 Mbps for 4K streaming.

Download speeds of 226 Mbps were recorded while testing IPVanish on a local UK server. This meant that there was no chance of encountering stuttering or slowdown and should make a difference if you don’t have the quickest speeds to begin with.

Once again, there was no need to keep reloading servers, although I tried bos-c64 and bos-c65 just to be sure when testing the US version. As there are no specific streaming settings to speak of, I’m happy to report that it’s simply a click-and-connect case to access Netflix.

Surfshark is up next, claiming to be able to unblock 30+ different Netflix libraries. It’s fair to say that speeds of 145 Mbps are more than enough to get the job done, even if they’re some of the slowest we’ve seen so far.

Their London and Manchester locations allowed access to UK Netflix, and there were no problems connecting to the US edition with Surfshark’s New York servers.

For example, 30 Rock is exclusive to the region, and it was accessible via the search function after signing in.

Once again, there were no issues or problems to report while testing the different editions of Netflix with SurfShark.

Is Private Internet Access (PIA) up to the task? We checked out their servers which are specifically designed with streaming in mind. (You can do so by typing “streaming” into the search bar.)

Unfortunately, we weren’t able to access UK Netflix while connected to their “streaming servers.” For example, we couldn’t find It’s Always Sunny in Philadelphia (exclusive to Hulu in the US).

As I’m based in the UK, I double-checked with the VPN turned off to be sure.

I also tried out their Japanese streaming servers, but I wasn’t able to access previously hidden content.

Luckily, that wasn’t true for the US version, which loaded up without a hitch on PIA’s specialty servers.

PIA may be able to provide access to the following Netflix libraries: the United Kingdom, the United States, Netherlands, and Canada. We could only confirm that the US version is working as of March 2022.

ExpressVPN is one of the best-known providers on the market, with their ability to unblock Netflix being one of the main selling points for many users. In fact, they’re also one of the few VPNs to openly advertise the ability to do so.

Almost any server can be used with no issues, and it works with multiple Netflix libraries. (We tested UK Docklands, East London, Tokyo 1, Tokyo 2, Melbourne, Sydney, New York 1, and Dallas.) Speeds are also no issue, vastly exceeding Netflix’s recommendations at over 200 Mbps.

However, it is relatively expensive when compared to many of the other Netflix VPNs compared in this guide. This, however, is balanced by the fact they also allow access to services like Hulu, Disney+, Amazon Prime Video, and HBO Max/Go.

Once again, I’m happy to report that the service was able to unblock various versions of Netflix, including the US and the UK edition.

You can use a native VPN app to do so, while you can also look to their Chrome or Firefox browser extensions to get the job done. (You won’t be able to select a specific server while using the app, but it worked with London and Manchester in the UK, as well as Los Angeles and Miami for the US.)

A connection speed of 112 Mbps isn’t the fastest we’ve seen while using Netflix, but that’s compensated for by allowing up to 10 simultaneous device connections with one account.

In typical fashion, ProtonVPN offers extensive information about connecting to Netflix using their service. By default, it connects to the US version, and they claim to be able to unblock the following regional versions of Netflix:

My experience with the app was wholly positive during testing. For example, Heroes is only available on Netflix Japan, and loaded up instantly when selecting the relevant servers. Speeds were also capable at roughly 220 Mbps with Netflix and the VPN running.

How to Fix VPN Netflix Issues

If you do run into any issues with your VPN and Netflix, there are really only two solutions to address this.

However, the majority of VPNs mentioned above will work to access various international versions of Netflix without breaking a sweat.

It takes a lot of expense and effort to ensure that a VPN works with Netflix consistently. After all, a couple of days of downtime is going to be a headache for any user, and they might look to take advantage of a money-back guarantee elsewhere.

I wasn’t expecting to report back with near-perfect results across the board, but it highlights the competitive nature of VPN providers that are desperate for users to stick with their service.

As of now, it seems like premium VPNs have a slight edge over Netflix in their never-ending battle for online supremacy. How to Watch Netflix From Anywhere with a VPN

In most cases, Netflix is the only streaming service a user needs to enjoy their favorite shows – [...] 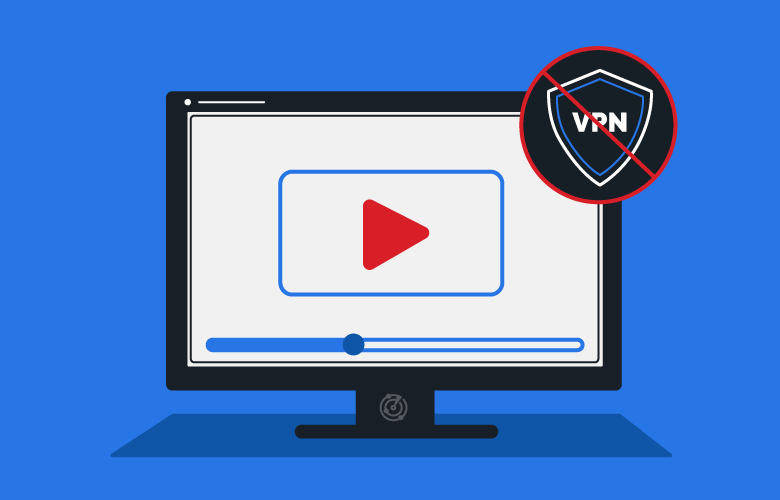 Why Streaming Services Block VPNs & How To Bypass

It seems like there’s an eternal battle between streaming services and VPN providers, as [...] VPNs that Support Torrenting & How to Start Explore the five best VPNs for Netflix in 2022.