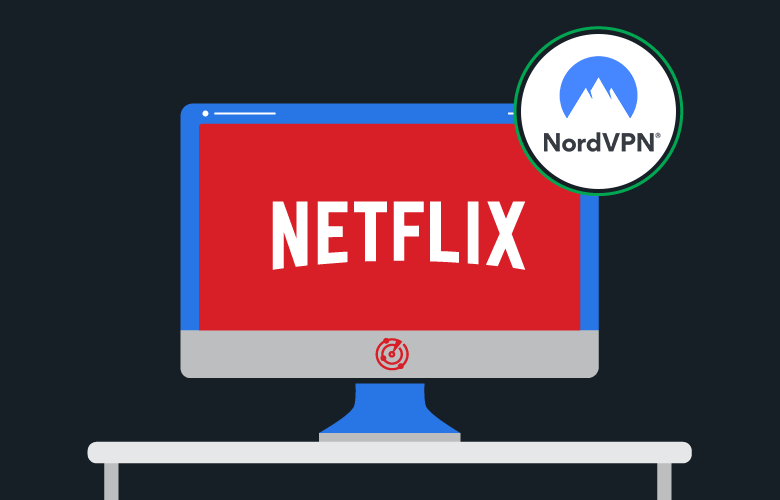 NordVPN is one of the best ways to get past any troublesome Netflix blocks, allowing the user to access years of content that was previously locked away. The streaming service might have an ever-growing catalog of content they’ve produced themselves, but there’s no escaping the fact that some of their most popular programs were created by other broadcasters.

After all, you can only watch Squid Game so many times.

Netflix will only buy the license for a show/movie for a specific period of time, which is why some titles disappear from the platform forever. (Consider The Office US, which disappeared from the American version but is available elsewhere.)

Other broadcasting deals are more complex, such as a deal that saw Star Trek: Discovery released on Netflix everywhere except for the US and Canada. This was true for seasons 1-3, although Netflix officially lost the rights, and the show is now exclusive to Paramount Plus in every region.

The point is, international broadcasting rights are a headache, and they aren’t ideal for the average Netflix user. Luckily, a reliable VPN will remedy the situation, as we’ll explain below.

Does Netflix Work with NordVPN?

As of December 2021, various international versions of Netflix are confirmed to be working with NordVPN. This means that you’ll be able to use their virtual private network (VPN) to access a range of restricted content, with specific server information detailed below.

A VPN works by allowing the user to mask their location, as they’re given an IP address, which matches the country selected. (This means that a UK server will give a UK IP, and should trick Netflix into showing UK content.) However, the streaming service aims to block VPN use and has a legal obligation to do so. Their method is blocking the IP directly, making it useless for accessing the Netflix website or app when loading a title.

Free VPNs are often unable to unblock Netflix for this reason, while many premium providers also struggle to come up with the goods.

We’re happy to report that we tested various versions of Netflix with NordVPN that worked successfully, including sites for the UK, the US, Germany, Spain, and Australia with no issues aside from switching a server or two.

Reasons to Use NordVPN

There are a number of reasons why using a VPN for accessing Netflix makes sense.

For example, The Office was one of the most-watched shows on the platform, as Americans cumulatively streamed more than 57 billion minutes in 2020. However, the show was removed from Netflix on January 1st, 2021 as they lost the rights to Peacock.

Other regions aren’t subject to the same broadcasting deals, like Netflix UK, which still has all nine seasons available to stream. If you connect to a UK-based server using NordVPN, you’ll be able to watch the show with no issues.

Netflix explains how this works, under the assumption the user has traveled to a different region:

“Selection of TV shows and movies: Your choices for streaming and downloading (including audio/subtitle options) will vary from country to country. Also, My List and Continue Watching titles may not be available.”

Of course, this works both ways, allowing international users the chance to access US Netflix, which is undoubtedly the best version overall due to the sheer amount of content.

NordVPN’s network has a large number of servers, totaling 5,100+ across 60 countries at the current time of writing. That’s reasonably extensive coverage, and from our tests, speeds proved to be impressive.

The coverage means that you’ll find a range of IP addresses that can be used to access Netflix, located in various regions. As they have numerous high-speed servers, they’re perfect for streaming 4K content with no delay.

Take a look at Netflix’s recommended speeds in the table below, ranging from a minimum of 0.5 Mbps to 25 Mbps for Ultra HD.

For parity, I have a decently fast internet connection. Here’s what my speeds were like with no VPN connected.

Next up are the results while connected to one of NordVPN’s recommended US servers. The ping is fairly high, but a download speed of a flat 227 Mbps is over 9 times faster than the recommendation for watching 4K shows.

In other words, as long as you have decent connection speeds, you’ll suffer from no lag while watching Netflix via NordVPN.

As we’ve mentioned, a VPN can be used to access various regional content libraries. You won’t have to fiddle with the settings to get Netflix working with NordVPN thanks to SmartPlay.

SmartPlay is a NordVPN-exclusive feature that makes it easy to unblock lots of content, beyond Netflix. BBC iPlayer, Amazon Prime, Hulu, and Disney Plus are just some of the other services that can be accessed. It works thanks to a combination of the VPN and Smart DNS.

If you’ve ever noticed that your connection has dropped to a snail’s pace, it could be due to ISP speed throttling. Even if you have unlimited data, many broadband providers will limit the usage of some compared to others. This is especially true during peak times when lots of people are connected. This will vary depending on what you do while you’re online, and how much bandwidth is used.

A VPN will help you to bypass any ISP speed throttling as they won’t be able to inspect the data packets, so it should ensure unlimited bandwidth with no delays.

We’ve listed a number of methods to get started with Netflix and NordVPN below.

If you’re hoping for a client app or native support, NordVPN is available on the following devices:

In addition to the methods below, the use of a VPN router will ensure that every device connected via WiFi will be protected. We have a detailed guide taking you through how to do so that can be found here.

It only takes a few minutes to get started via desktop devices providing you already have a Netflix account.

(Netflix.com will typically redirect to the local version if a VPN is in use. For example, the link is netflix.com/gb for the UK, or netflix.com/de for Germany.)

The steps are similar for mobile users, as you’ll need to sign up with NordVPN, before downloading the client app to your device. Select a region, and access Netflix either via the app or a browser.

Next up was their UK-based server (#1812), which was used to continue watching The Office. It worked, but this time, we were halted in our tracks when we switched to a different option (#1921).

You’ll find similar results with many versions of Netflix while using NordVPN. It’s likely that there was an issue with the specific server, but it can be easily rectified by switching over to a different location.

Once again, the sheer number of servers ensures you’ll almost always have a usable option.

If you’re having issues while accessing Netflix with NordVPN, we’d recommend selecting a server from the ‘Browser’ presets. Otherwise, we’ve listed a variety of troubleshooting tips below.

A data leak happens when the VPN service exposes personal information and could occur if it hasn’t been configured properly. DNS, IPv6, and WebRTC are the most common leaks. The easiest way to check is to go to the NordVPN website while it’s running and ensure that it says ‘Protected’ on the top bar.

If you’re connected to a server but it says ‘Unprotected,’ check out our guide for fixing data leaks.

It was built using WireGuard, while they say it offers “speed benefits without compromising your privacy.”

NordLynx is available on Linux, Windows, iOS, macOS, and Android.

Switch to a New Server

Have you tried turning it off and on again? Often, the simplest solutions are the most effective, and it could be as easy as switching over to a new server, where you can use an IP address that hasn’t been blocked.

For example, UK Netflix worked perfectly with the first server used for testing, but it blocked the IP address for the second. Sometimes you’ll need to reconnect to a different server, but it should work to bypass any restrictions.

Primarily, NordVPN is used to enhance privacy and anonymity. The ability to unblock streaming services is actually a byproduct, but one that is handy for users who want to watch the latest shows with no issues.

The service works on various platforms and has capable speeds and numerous servers to choose from. Signing up for NordVPN takes but a few minutes, so if you’re itching to access shows on the fly, getting set up with a VPN for Netflix is quite easy. Visit NordVPN to get started. As Netflix’s ever-growing content library continues to capture the attention of more people, its [...]